The Truth Will Out by Jane Isaac 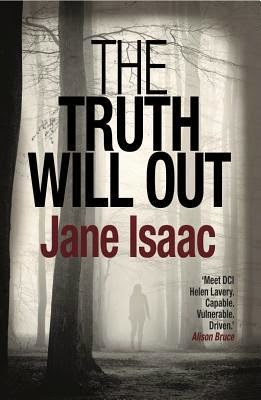 MY REVIEW
Detective Chief Inspector Helen Lavery learnt a valuable lesson from her late father, James, a well-respected detective in his own right, when he said: Don't get upset or afraid with the death threats of an acrimonious criminal on trial. It is only the ‘shallow thoughts of a condemned man.’ But was he right? She became as successful as he in her profession, while raising her two sons, Matthew and Robert, on her own, after her husband's death ten years earlier. Life was busy, but uncomplicated for her. She was well-known as an assiduous detective in the Hampton Branch of the Homicide and Serious Crime Squad. Her colleagues were trustworthy and hardworking: Superintendent Jenkins, Sergeant Sean Pemberton. However, the same could not be said of Detective Inspector Dean Fitzpatrick. He knew how to play her like a violin and she could not resist falling in love with his melodies. That was a few years ago, and she never forgave him. And now he was back to solve a case in which they would collide as well as corroborate and things are not going well at all. So much changed insidiously for all of them. The past, instead of the present, was now more relevant than ever before. It predicted the future and everyone is caught off guard, so to speak.Eva Carradine and Naomi Spence were best friends since early childhood. There was no reason for either one of them to ever distrust the other. They had a bond stronger than family. But then Eva witnessed an assault on her best friend and sharing a dangerous secret with her friend, she took off, trying to get as far away as possible. Some people were in hot pursuit, with the police not quite on par with her involvement yet. For those of you who enjoy the different British detective series on television and love murder mysteries, like I do, will appreciate this fast-moving, entertaining, light-read. However, it is serious enough to be noted, but not hitting the horror- or nightmare zones in any way. The story revolves around two murders, with every person related to it having to deal with unresolved issues from their past before the case could be solved. Even the criminals had their stories to tell. Relationships would be tested, between family, friends and work colleagues. The situation demanded of everyone to personally reconsider their motives, action as well as decisions to end the tragedy. I am not giving away any clues!Like all books, the beginning is slow, introducing all the characters, the scenario, and the plot. But then it picks up pace and before you know it, you're zoning in on Hampton, England and growl for any interference, such as a ringing telephone, or even the cat jumping through the window! I felt like hanging a 'for heaven's sake, do not disturb!'-sign on my closed door, even though I had a strong suspicion of the outcome! Legend Press has never disappointed in their choice of new authors. I received this book through NetGalley for review. And enjoyed it. It is a well-written murder mystery for female readers. Definitely not chic-lit.

BOOK BLURB
"Everything's going to be okay."
"What if it's not?"

Suddenly, she turned. For a split second she halted, her head inclined.

She whisked back to face Eva.

"There's somebody in the house..."

Eva is horrified when she witnesses an attack on her best friend. She calls an ambulance and forces herself to flee Hampton, fearing for her own safety. DCI Helen Lavery leads the investigation into the murder. With no leads, no further witnesses and no sign of forced entry, the murder enquiry begins.

Slowly, the pieces of the puzzle start to come together. But as Helen inches towards solving the case, her past becomes caught up in her present.


Someone is after them both. Someone who will stop at nothing to get what they want. And as the net starts to close around them, can Helen escape her own demons as well as helping Eva to escape hers? 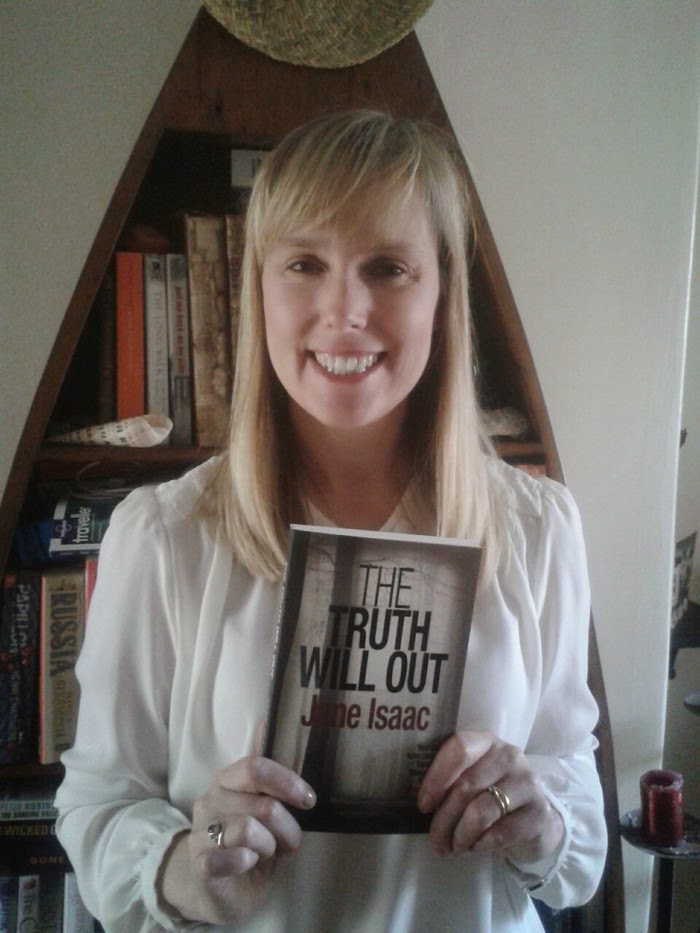 Jane Isaac studied creative writing with The Writers Bureau and the London School of Journalism. She lives in rural Northamptonshire, UK with her husband, daughter and dog, Bollo.

Jane was runner up 'Writer of the Year 2013' with The Writers Bureau and her short stories have appeared in several crime fiction anthologies. The Truth Will Out is the long awaited sequel to her debut, An Unfamiliar Murder, which was nominated as best mystery in the 'eFestival of Words Best of the Independent eBook awards'. The Truth Will Out will be released by Legend Press on 1st April 2014. The paperback version is available to pre-order here.

Jane loves to meet readers and writers and is always happy to visit bookshops, libraries and books clubs. Write to her through the website contact page if you are interested. Over the last 12 months Jane has meet some very interesting people and visited some great places. Photo source