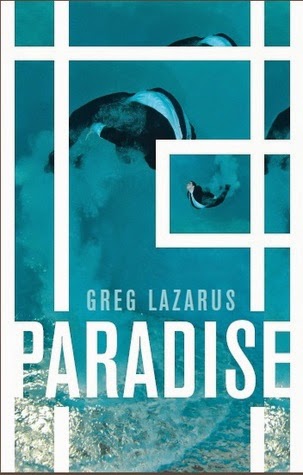 Imagine what can happen when a highly skilled professional thief, an overly ambitious 'nouveau riche' metroman, a demoralized renting agent, an over-achieving judo champion, a conniving antique collector, a passive aggressive communist waitress, a few ecoterrorists, and a collection of other delightful shady characters' paths collide?You find the asocial heart of Cape Town, South Africa. A place, where the survival of the poshies and the goofies can be a satorial experience; where peripheral characters interacting with each other, or trying to operate in mainstream society, bending the rules to suit their purposes, can result in delightful chaos. Maja Jelema, alias Kaat De Groot from The Netherlands, cunning, but sincere, who visits Cape Town for the first time on a mission of a lifetime;Cornelius, her drifting brother, the prominent puppeteer, performing at the open-air theater in the famous Vondelpark in Amsterdam;Herschel Bloch, the laid-back good man who loves work: he can watch it for hours; whose history is catching up with him;Surita Adams,the focused achiever who will stop for nothing when she sets her mind on something, regardless of the consequences; Avram Tversky a mysterious older man in the import-export business, a local businessman with an age-old relationship with Horatius, the Roman soldier; Francis, good natured man, with the globally-established high life, the gaily colored tent on the lawn of his mansions telling the tale of his Arabian night parties and decadent opulence;Chi, the waitress at the coffee shop called 'The People's Republic';Each one of them redefines the term 'freedom' as their circumstances demand and the results make you laugh and cry. It depends on where you stand on the moral stairway to paradise and from which ethnic or religious fanatical color of the South African rainbow nation your history is defined. This element can determine how a relentlessly inoffensive story can become divisive. South Africans are known for their passionate, even volatile, reactions to just about everything! Right, like the rest of the world!


"It is not all plain sailing at the sanctuary, though. "Many of these birds come to us traumatised,"Surita explains. "They don't understand that they've been rescued. They've become used to the conditions of incarceration - a kind of captive's syndrome or tunnel vision. They are terrified of everything - going out into the light, feeding by themselves, socialising with the other birds. I know it sounds bizarre, but we have to train them to understand freedom. Not all of them make it"
"But for the ones that do," Herschel adds, "life is paradise."

Cape Town has been the territory of a gazillion novels and cannot be claimed by any author as an exclusive territory such as Faulkner's Mississippi or Steinbeck's California. Like New York, Cape town is everybody else's. This allows each author to start on a blank slate and write a different impression down, often free of the tyranny of fact. The story is meant as a gentle, subtle mocking; an ingeniously echo of self-deprecating pride. For the more serious, extremist persona, this approach might appear to be a translation of class- and cultural warfare, rape, murder, as well as political violence, into garden parties, flower shows and sporting events. For them, this book will not resonate within their own psyche at all, and they WILL find the subtle messages they seek. However, it is exactly why Paradise by Greg Lazarus is so refreshingly different! The plot toggles between a subjective take on history, existentialism and pragmatism. Each character has a genetically programmed sense of adventure sprinkled all over their raison d'être. And then there is Horatius, yes, the brave Roman soldier, the one-man-band of bravery and passion, who has the final say ... The multi-layered narrative is well constructed. The book is a continuous social commentary mixed with a historical element disguised in the Manna letters dating back to 1793. Each chapter is dedicated to a different character, with a masterful rhythmic flow tying them effortlessly into the fast-paced narrative. Paradise highlights the real ordinary citizens of the mother city, Cape Town, the core of the cosmopolitan society, without the brutality so intrinsic of the media coverage. For local readers it is proudly South African and a must-read. Dare we call this story an intelligent parody of a selective part of the South African landscape? I think we can. It was brilliantly done to boot!IT COMES HIGHLY RECOMMENDED!

BOOK BLURBMaja Jellema is in Cape Town to do what she does best – steal. Her new employer wants a certain item from a building in Loop Street, and the only thing that stands between Maja and her prize is Hershel Bloch, the bumbling building manager. But what seems like the easiest job Maja has ever seen is about to get a whole lot more complicated . . .Will Maja be able to finish the job in time to save her no-good brother from large Dutch men with no sense of humour?Can Hersh turn his topsy-turvy world around before he gets fired from Black Enterprises for being the worst estate agent in the history of the universe?Will Surita finally make peace with her father and stop using her judo skills on people who just want to hug her?Can the rage-filled waitresses at The People’s Republic – the greatest socialist coffee shop in all of Cape Town – produce even one cup of coffee without backchat?Only time will tell. And it’s running out.“Laced with perfectly pitched black humour, Paradise is populated with brilliantly drawn and unforgettable characters. I loved it.” – Sarah Lotz“Fast-paced and slickly-written, Paradise is both an uproarious comedy about lawlessness and a serious allegory about bondage. Greg Lazarus once again presents a cast of engaging, believable characters, not least of whom is the adorable klutz, Hershel Bloch.” – Finuala Dowling“Paradise is full of vivid characters that leap out, grab you by the throat and drag you back into the pages with them.” – Paige 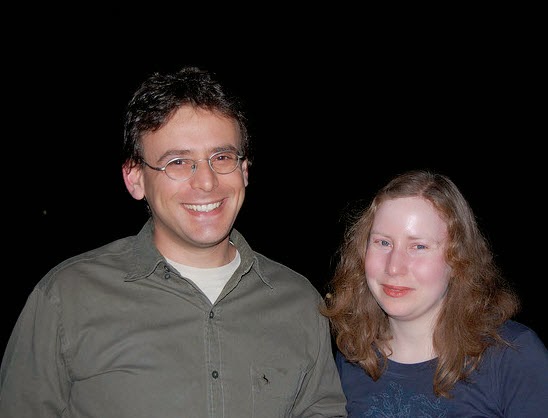 
Greg Lazarus is the pen name of husband-and-wife writing duo Greg Fried and Lisa Lazarus.
Greg is a philosopher at the University of Cape Town, and holds a PhD from Trinity College, Cambridge. Before taking up a post in philosophy, he worked as an IT consultant and business writer.
Lisa is a psychologist and freelance writer. She has Master’s degrees in educational psychology and creative writing, and a higher diploma in education. She has written for publications including Men’s Health, Femina, Shape, Cosmopolitan, Cape Town’s Child, Psychologies, and Mail & Guardian. Lisa tutors Magazine Journalism and Memoir Writing for SA Writers’ College.
The couple have co-written the memoir THE BOOK OF JACOB: A JOURNEY INTO PARENTHOOD (Oshun,2009) and the novel WHEN IN BROAD DAYLIGHT I OPEN MY EYES (Kwela,2012).
The new Greg Lazarus novel PARADISE is out now.  It’s part art heist, part comedy, part adult coming-of-age.
“Laced with perfectly pitched black humour, PARADISE is populated with brilliantly drawn and unforgettable characters. I loved it.” – Sarah Lotz
“Fast-paced and slickly-written, PARADISE is both an uproarious comedy about lawlessness and a serious allegory about bondage. Greg Lazarus once again presents a cast of engaging, believable characters, not least of whom is the adorable klutz, Hershel Bloch.” – Finuala Dowling
“PARADISE is an immersive read, full of vivid characters that leap out, grab you by the throat and drag you back into the pages with them. Which is exactly what you would expect from a book about an art heist, judo, petty criminals, eco-terrorism and chickens.” – Paige Nick
INFO SOURCE 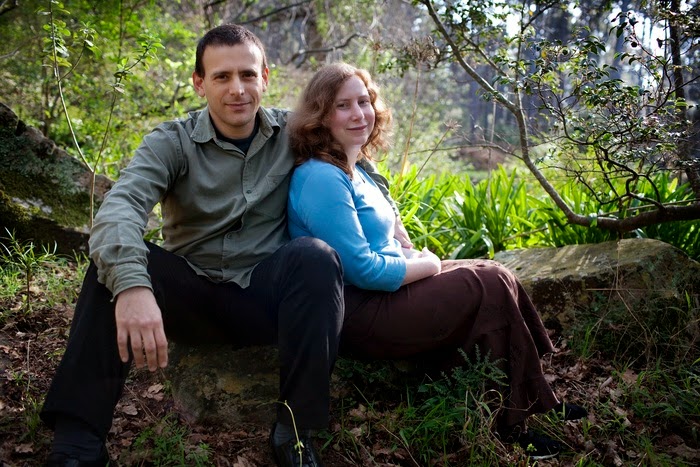