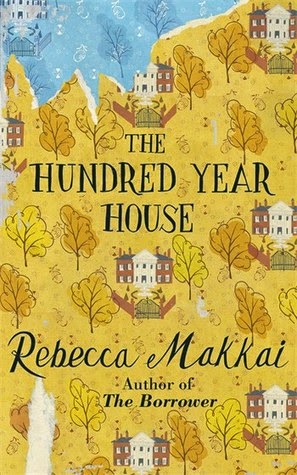 Your tale started out as a short story about male anorexia. The author have no idea what the hell happened next, and neither do I, sorry to say !

The first woman, Violet Saville Devohr, to step over your threshold, understood the meaning of doors when she said to her husband: “You may shut me in, but I can shut you out. There are two sides to every door, Augustus.” And then she proceeded to commit suicide by her own rules. She defined the rest of your story as a painting hanging over your mantelpiece, being a constant reminder of what you had to witness and endure.

[First paragraph of the book: "FOR A GHOST story, the tale of Violet Saville Devohr was vague and underwhelming. She had lived, she was unhappy, and she died by her own hand somewhere in that vast house. If the house hadn’t been a mansion, if the death hadn’t been a suicide, if Violet Devohr’s dark, refined beauty hadn’t smoldered down from that massive oil portrait, it wouldn’t have been a ghost story at all. Beauty and wealth, it seems, get you as far in the afterlife as they do here on earth. We can’t all afford to be ghosts. ]

Built in 1900, you experienced some tumultuous moments through four significant time periods: 1999, 1955, 1929, 1900 - and lived to tell the tale of pride, vanity, envy, gluttony, lust, anger, greed, sloth and covetousness. A side-tale of opportunism, violence, abuse, extortion, and scavenging completed your sad tale.

You were firstly a house with a name - Laurelfield. Secondly,you were a mansions with a gatehouse and infamous wealth providing the status behind you. But oh dear, thirdly, the inhabitants, not you, were infested with insanity, greed, bad blood and bad luck. You had so many doors: some wide open, some formidably closed. Your windows were big and welcoming. Anyone could enjoy a view, from the inside out, or outside in.

Like our pets, you reflected the personalities of the artists gracing your rooms for twenty-five years, and they had the audacity to blame you for everything happening to them. Yes, they even blamed the ghost of Violet for their misdemeanors, mishaps and bad blood.


["Violet, Violet, dragged here against her will. Was that the magnetic force behind her haunting? She was pulled, and so she pulled others. Toward ruin, toward redemption, toward love, away from it. Why? Because she could. ]

Some people blame God for their louzy lives, but these lot were either agnostic or atheistic, or too self-absorbed for that. They call themselves artists, I beg you! A character in the movie As Good As It Gets accused another of "being a disgrace to depression" Really, they were that and even more. They were a disgrace to art!

If I were you, I would have spooked these conniving, plotting moochers and high-class squatters out. Got Violet to move the furniture around in broad daylight, when ghosts were not suppose to be active and have them running away by the speed of lightning!

But you endured. Even when your tale was told backwards, too many characters killed the story, and cliffhanger moments threw your history into confusing chaos. Goodness me, Laurelfield, were you ever able to figure our who was whom in the end? Who sired Grace, and who was Zee really? Who really died, and who is really alive?

For crying out loud, I couldn't. I almost succumbed to some of the characters' insanity!

They were all con-artists! Yes, thinly veneered and slightly educated: you know, academically distinguished, mentally challenged, but emotionally arrested!


[Zilla, yes, one of the multitude of personalities got it right though: "Zilla realizes something, and it takes her a minute to wrap herself around the idea. She’s always thought of Laurelfield as a magnet, drawing her back again and again. But that’s just it: A magnet pulls you toward the future. Objects are normally products of their pasts, their composition and inertia. But near a magnet, they are moved by where they’ll be in the next instant. And this, this, is the core of the strange vertigo she feels near Laurelfield. This is a place where people aren’t so much haunted by their pasts as they are unknowingly hurtled toward specific and inexorable destinations. And perhaps it feels like haunting. But it’s a pull, not a push." ]

And this is where I love and leave you, dear Laurelfield. You are the only thing I fell in love with in the end! You were so worth it!

BOOK BLURB FROM THE BOOK:
In this brilliantly conceived, ambitious, and deeply rewarding novel, Rebecca Makkai unfolds a generational saga in reverse, leading the reader back in time on a literary scavenger hunt as we seek to uncover the truth about these strange people and this mysterious house. With intelligence and humor, a daring narrative approach, and a lovingly satirical voice, Rebecca Makkai has crafted an unforgettable novel about family, fate and the incredible surprises life can offer.

COMMENTS:
There is an expression in Netherlands 'Met de deur in huis vallen', in German 'mit der Tür ins Haus fallen', in Afrikaans'met die deur in die huis val' - which, translated directly, means 'falling into the house with the door'. And that is what I want to do with this house ... mmm... review: getting directly to the point. No beating around the bush.

So here it is: This book annoyed the living daylights out of me.

But wait! Before your heart drops to the floor, catch it for a second, and if you later feel like dropping it anyway, be my (as well as Laurelfield's) guest! But not now. Not yet!

HOWEVER: I did feel the last two periods, 1929, 1900 - messy and chaotic, were more a form of information-dumping, to enhance the plot. It was as though the story lacked validation and needed this information to make sense, but it did not initially fitted into the main story in the first period, 1999. It was therefore added as an urgent, yet messy, after-thought. Did not work for me. The inverted chronology might define this book, as is evident from all the attention it receives, but I did not like it. Neither did I appreciate the end landing in the middle of the book.

Conclusion By golly! What a captivating unbelievably suspenseful read! The story caught me from the get-go and had me reading non-stop until the end. I did want to end it all into the second half, though but kept going. Optimism and hope it is called.

I won't pursue another book written in this style, though. It was just too confusing. For a club read: excellent! I do consider reading the book again to understand its deeper nuances and hidden plots better. I want to.

Was it worth my time? Yes. The prose was outstanding. I will read the author again. She's good with words.

The book was provided by Viking Press through Netgalley. Thank you for this great opportunity.

Meet the Devohrs: Zee, a Marxist literary scholar who detests her parents' wealth but nevertheless finds herself living in their carriage house; Gracie, her mother, who claims she can tell your lot in life by looking at your teeth; and Bruce, her step-father, stockpiling supplies for the Y2K apocalypse and perpetually late for his tee time. Then there's Violet Devohr, Zee's great-grandmother, who they say took her own life somewhere in the vast house, and whose massive oil portrait still hangs in the dining room.
Violet's portrait was known to terrify the artists who resided at the house from the 1920s to the 1950s, when it served as the Laurelfield Arts Colony - and this is exactly the period Zee's husband, Doug, is interested in. An out-of-work academic whose only hope of a future position is securing a book deal, Doug is stalled on his biography of the poet Edwin Parfitt, once in residence at the colony. All he needs to get the book back on track - besides some motivation and self-esteem - is access to the colony records, rotting away in the attic for decades. But when Doug begins to poke around where he shouldn't, he finds Gracie guards the files with a strange ferocity, raising questions about what she might be hiding. The secrets of the hundred-year house would turn everything Doug and Zee think they know about her family on its head - that is, if they were to ever uncover them.
In this brilliantly conceived, ambitious, and deeply rewarding novel, Rebecca Makkai unfolds a generational saga in reverse, leading the reader back in time on a literary scavenger hunt as we seek to uncover the truth about these strange people and this mysterious house. With intelligence and humor, a daring narrative approach, and a lovingly satirical voice, Rebecca Makkai has crafted an unforgettable novel about family, fate and the incredible surprises life can offer. 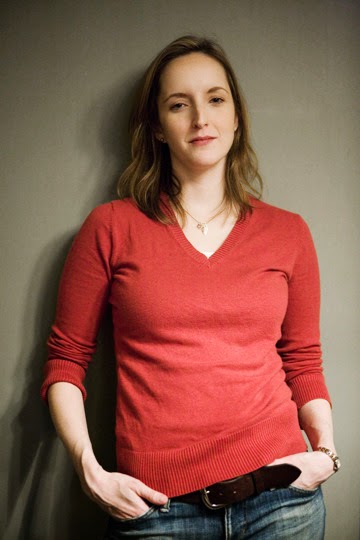 Rebecca Makkai is a Chicago-based writer whose second novel, The Hundred-Year House, will be available from Viking/Penguin in summer, 2014. Her first novel, The Borrower, is a Booklist Top Ten Debut, an Indie Next pick, an O Magazine selection, and one of Chicago Magazine's choices for best fiction of 2011. Her short fiction has been chosen for The Best American Short Stories for four consecutive years (2011, 2010, 2009 and 2008), and appears regularly in journals like Harper's, Tin House, Ploughshares, Ecotone, and New England Review. and on public radio's This American Life and Selected Shorts. The recipient of a 2014 NEA Fellowship, Rebecca teaches at Lake Forest College, Sierra Nevada College and StoryStudio Chicago.
_____________________________________________

Who TF wrote this review? I could barely understand the syntax and its is FULL of errors.