This is Rage by Ken Goldstein 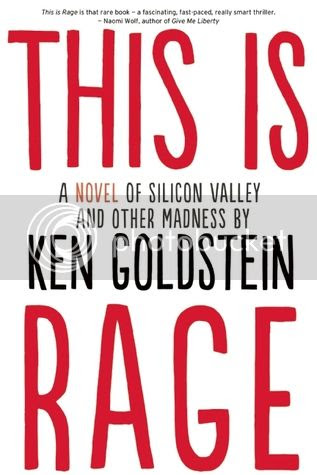 REVIEW
This is such a profound, evocative, thought-provoking novel, that it is difficult to just dot down a few thoughts on it. Why I wanted to read it? Because if America coughs, the rest of the world gets pneumonia, and I wanted to know how it happens.
What can happen if two disgruntled IT people, two cousins named Dennis Swerlow and Sam Kisinski, decides to kidnap one of the biggest players in Silicon Valley, Daniel Steyer, and hold him for ransom. Not to take the money and run, but to start their own company?
As things work in the modern world, it took seconds for several billionaire egomaniacs, aspiring politicians, and down and out journalists to try and cash in on the situation. What looked like heroics was nothing short of attempts to score like vultures from the situation.
Everything went magnificently wrong. The kidnappers ended up with Stepen J. Finkelman and Calvin Choy, two star CEO's of Envisionlink as hostages, with the banker, Charles McFrank,dead. The FBI agent is unable to do his job. Feisty, street-smart Congresswoman Payne gets in on the action, raining on everyone's parade. The parade being a private Boeing which serves as the hostage hold. Employees walk out when rumors of a merger between Envisionlink and Atom Heart Entertainment start circulating. The Street (Wall Street) starts an avalanche of stones gathering no moss at a unprecedented rate, thundering down into a possible depression, fueling the fires and ripping several hidden agendas open.
The only common factor, trying to keep hold of the strings, is the internet radio freak, Kimo Balthazer.
"He was all mouth, no camera candy, but he could bottle wrath and sell it in a rainbow of flavors. He’s a mud scavenger. He goes where the mud is and makes misery his triumph."
Kimo, with his 'This is Rage' internet radio show will throw a cat in a mouse nest, understanding the soul of America, the workers who make it happen. He creates chaos which he will have to solve.
"Management was in it for themselves, job security was as ancient a myth as the protective rule of the Roman Empire, C-level executives bought weekend ranches while employees lost their leveraged homes, and job engagement was limited to a tiny guild of decision-makers invited with invisible whispers to join the inner circle. It may well have been a self-selecting set of participants crying foul, but the malaise was inescapable. Employees were afraid. They felt helpless. They were angry."
All Kimo wants is the US Constitution and its Bill of Rights uniting with his own Merger Bill of Rights.
"When people go to the ice cream shop, they usually pick something reliable like strawberry or chocolate chip, but every now and again a flavor of the day catches their fancy and they just don’t know why they are devouring bubblegum swirl. The problem with Mr. Balthazer’s bubblegum swirl is that it is unexpectedly influential—it is getting under people’s skin like a narcotic and causing them to make poor decisions."
My comments: An exhausting, but absolutely brilliant book. How it will resonate in the American psyche, or the rest of the world's, begs to be seen. The author's background knowledge of Big Boys with Big Money and their counterpart the Small Boys with the Small Voices is masterfully applied to this crime thriller.
In the end, the old cliché is confirmed: the difference between a Communist and a Capitalist is a fat bank account with a noble fiduciary duty all over the ambitious journey where the common man, a few billion of the world's inhabitants, are caught in the cross-fire. "This big challenge needs a big champion."
But the most sober thought for me is: while we all nobly eek out honest reviews for masterfully writing like this, doing it for free, someone else, the High Tech ‘Masters of the Universe, is making money from the algorithms on our computers. After all, everything is for sale, keyword for keyword, in Silicon Valley, and nothing goes by unnoticed or untraceable, with privacy being only the last noble aspiration of a dying brain ...
I recommend this action thriller debut novel to everyone who needs to know the contemporary world we are living in today. I agree, Ken Goldstein's book is smart, insightful and engaging. It enlightens while it entertains. He is one of those authors who really knows what he is talking about. Brilliant writing! Brilliant story. Really a contemporary must-read! 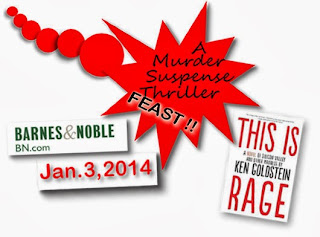 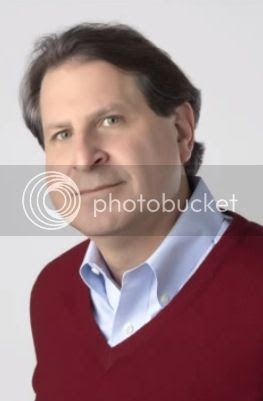 Ken Goldstein advises start-ups and established corporations in technology, entertainment, media, and e-commerce. He served as Chief Executive Officer and Chairman of the Board of SHOP.COM, a market leader in online consumer commerce acquired by Market America. He previously served as executive vice president and managing director of Disney Online, and as vice president of entertainment at Broderbund Software. Earlier in his career, he developed computer games for Philips Interactive Media and Cinemaware Corporation, and also worked as a television executive. He is active in children's welfare issues and has served on the boards of the Make-A-Wish Foundation of Greater Los Angeles, Hathaway-Sycamores Child and Family Services, and Full Circle Programs, and is involved in local government. He speaks and teaches frequently on topics of management, leadership, and creative destruction. He and his wife Shelley, who teaches English as a Second Language, make their home in Southern California. He received his BA in Theater Studies and Philosophy from Yale. This is Rage is his first novel.( Source: Goodreads)