Walker on the Cape by Mike Martin 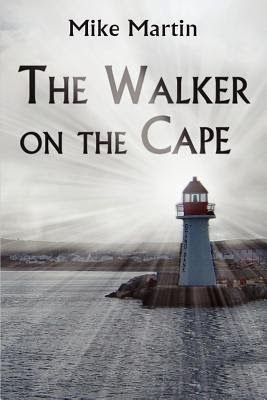 REVIEW
In the quiet, laid-back fishing village of Grand Bank, southeast coast of Newfoundland, Canada, a foggy morning becomes more than just another day when Mavis Emberley's soup burnt on the stove.


People along the coastline in Grand Bank could set their clocks by Elias Martin. Every morning, even when the fog floated in from Fortune, they saw his hunched figure climb and disappear in the mist that ran the shoreline like a rum runner. You could put a pot of soup on to boil when he set out and be sure that when he appeared again that the potatoes, carrots, and turnips would be soft and sweet.

Mavis Emberly was one such soup-maker who relied on Elias Martin to set the pace for her weekly batch of pea soup.

“There he goes,” she remarked to her husband, Francis, "Time to put the soup on”.

An hour and a half later Francis Emberly muttered, “Something’s burning in that kitchen, maid.” Mrs. Emberly ran to the kitchen to turn off her black bottomed soup with a smattering of non-religious but surely immoral curses and immediately realized that something else was wrong besides her spoiled soup. Elias hadn't returned. "Or else I missed him," she decided.

The point is: Seventy-two year old Elias Martin was dead.

Every morning for the past eleven years Elias Martin had his breakfast of hot porridge and thick molasses bread smothered in partridgeberry jam. Then, rain or shine, he began his solitary walk from his small blue house on Elizabeth Avenue in Grand Bank, Newfoundland, down through the Cove, and until the winter snow made it impassable, up over the hills to the Cape.

Two tourists found his body up on the hill. Heart attack, it was declared at first, and soon the town began to simmer with stories boiling over in Mug-Up Café, the restaurant of Sheila Hillier.

The only one who knew for sure was Elias Martin and he sure wasn’t talking. Who would finally unravel the mystery of the Walker on the Cape?

Thirty-two year old Sergeant Winston Windflower, of the Royal Canadian Mounted Police, a full-blooded Cree from the Pink Lake Reserve in Northern Alberta, thought Elias's death was suspect and he planned to get to the bottom of the simmering, boiling pot. For once there was more to work on than the petty crimes and motor accidents in the village. And as an incomer, he still had to prove himself after being there for only one year. But what to do when there were always secrets to protect in a small community like this?

He had his vice too, he did.


Some men smoke, drink or chase women as their vice. Windflower's was peanut butter cheesecake.

With the shocking death of Elias, the peas in the pot of Grand Bank got names:
Marge and Harvey Brenton - affluent members of society; Harvey's pay roll included a few people from the justice and political systems, it seemed;
Mayor Francis Tibbo; who wanted rules to be applied, excluding his own family;
Roger Buffet - with a history still to be discovered;
James Sheridan, and his mother Georgette who had more than just a sentimental bond with Grand Bank;
Howard Stoodley, a retired Crown Attorney;
Sheila Hillier - more than just an excellent cook in her café;
Constable Eddie Tizzard - the everyday tornado, the gale-force wind around town;
Dr. Vinjay Sanjay - Winston's  chess and Scotch partner, coroner and medical doctor;
Staff Sergeant William Ford; a new friend in the making;
Inspector MacIntoch of Marystown - the boss;
Kevin Arsenault - Acting inspector;

And then there was the Poison of Kings and the King of Poisons, and some rotten fish in Newfoundland, and cops with dirty hands in the chain of command ... files disappear, investigations are mysteriously stopped, the plot thickens!

This is a skillful, interesting, relaxing, as well as an entertaining first novel by Mike Martin. The endearing characters soon become the reader's friends as well, and the Canadian cuisine makes a splashing entreé into the p(l)ot. Never a dull meal for those readers living outside of Newfoundland, Canada!

As the first book in the Sgt. Winston Windflower mystery series, the introduction to this fishing village is well-plotted and fast paced. It is not a mysterious read, but rather a day to day reflection on the inhabitants's lives as the plot unfolds in clear-cut prose.

The presentation of Grand Bank and its inhabitants leaves the reader with just one mission, and that is to read the two other books as well.
The Body on the T - #2
Beneath the Surface -#3

BOOK BLURB
From the Back Cover
"The Walker on the Cape offers some foxily constructed plotting, a winning sleuth figure and an air of charming cheerfulness." - The Toronto Star

"It¹s fun to read a mystery like this. The setting is nicely realized, the characters have some weight, and the details are telling, like the fog with a mind of its own." - The Telegram

"The Walker on the Cape is worth picking up. It is a good read and Sergeant Windflower and Constable Eddie Tizzard are well drawn characters. It will be interesting to see how they and other characters develop in the next book." - The Mystery Site

Writers try like Dickens to open their stories with a hook, some tasty bait to catch and hold the reader's attention. Martin hooked me in the first paragraph with a description of Elias' breakfast of, along with porridge, "thick molasses bread smothered in partridge berry jam." - The Clarenville Packet

Mike Martin has thought through his plot and provided a mixture of motives and suspects to keep it moving forward. And, he's done his homework when it comes to RCMP procedure. He has a lot of room to grow his characters which should make the second book (I'm assuming and hoping it's a series) well worth looking for."

MysteryMaven.Com
A man's body is found on the Cape in a small fishing community on the East Coast. At first everyone thinks it's a heart attack or stroke. But then it is discovered that he was poisoned. Who would do this and why? Finding that out falls to Sergeant Winston Windflower of the RCMP along with his trusted side-kick Eddie Tizzard.  Along the way they discover that there are many more secrets hidden in this small community and powerful people who want to keep it that way.


Windflower also discovers two more things; a love of living in a small community that is completely different from his up-bringing in a remote Indian reserve and maybe the love of his life. He gets a taste of East Coast food and hospitality as well as a sense of how crime and corruption can linger beneath the surface or hide in the thick blanket of fog that sometimes creeps in from the nearby Atlantic Ocean.

Mike Martin was born in Newfoundland on the East Coast of Canada and now lives and works in Ottawa, Ontario. He is a longtime freelance writer and his articles and essays have appeared in newspapers, magazines and online across Canada as well as in the United States and New Zealand.

The Walker on the Cape is the first book in the Sgt. Winston Windflower mystery series, followed by The Body on the T, and then Beneath the Surface.

He is the author of "Change the Things You Can: Dealing with Difficult People" and has written a number of short stories that have published in various publications including Canadian Stories and Downhome magazine. The Walker on the Cape is his first full fiction book and the premiere of the Winston Windflower mystery series. He is a member of Ottawa Independent Writers, Capital Crime Writers, the Crime Writers of Canada and the Newfoundland Writers’ Guild. For more information and to comment on this book please visit: www.walkeronthecape.com